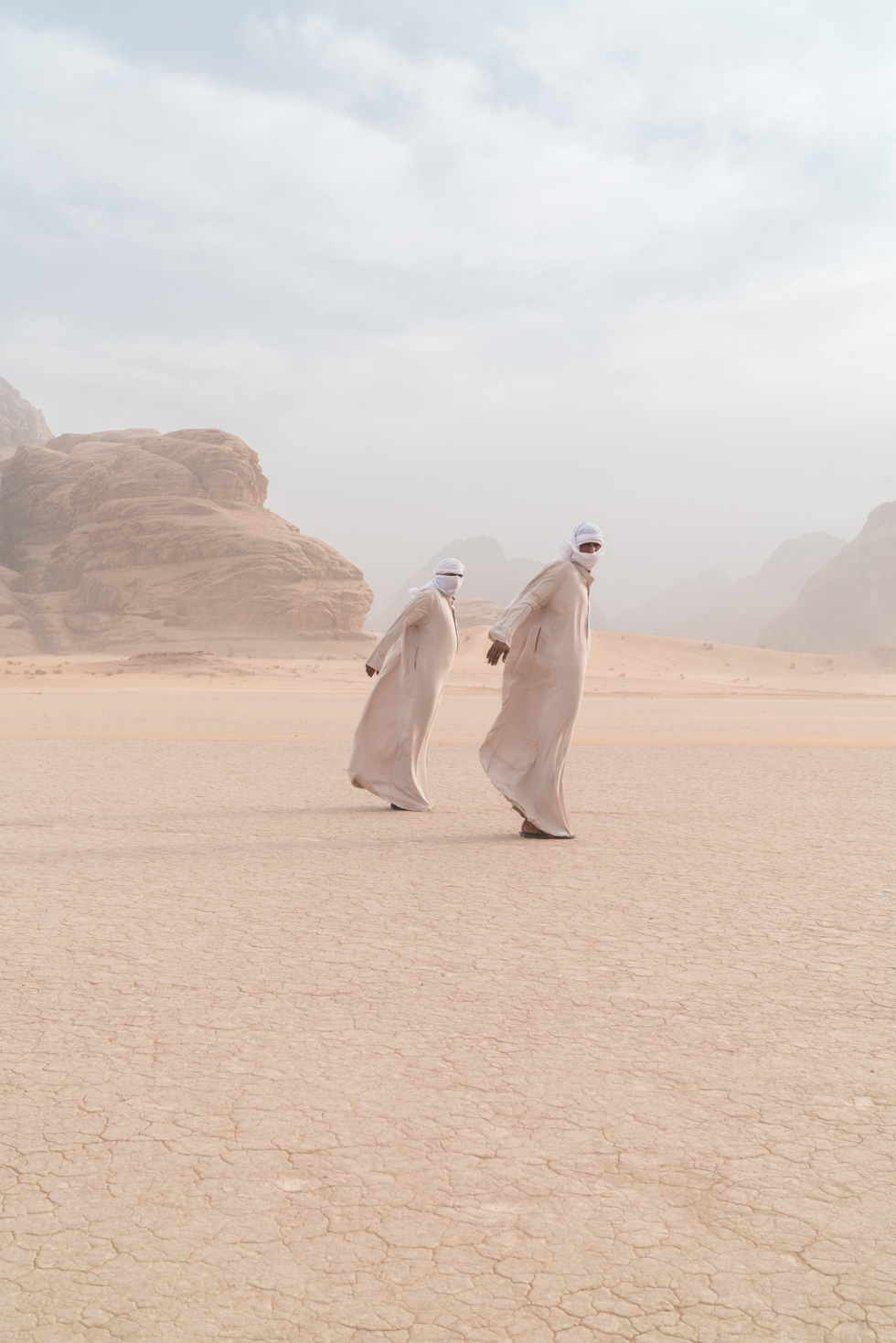 “Bedu” addresses issues of identity and representation by studying the history of western orientalist photographic representation of the Arabman. Within this context, the Bedouin man was constantly performing for the voyeuristic gaze. Forever represented as the nomadic man living a quaint life in the desert, and he, unlike the rest of the world is immune to the impact of time, development, and modernity. The exotic lens which captured “the Other”, has shaped the global perception of the region under the same lens. And continues to shape it today.

In reality, the Bedouin community is experiencing a transitional struggle from traditional to modern. Theylive in little towns on the outskirts of the desert and welcometechnology. Withtourism as the major source of income, most Bedouin sand themselves playing the role of traditional Bedouins to full the tourist’s expectations. In a sense, itisthe role thateverycominggenerationwillfallinto, and in most cases, itistheonly role available.

I worked in collaboration with the Bedouin men of the Wadi Rum desert in Jordan to create an inclusive and reactive body of work. Itis a performative play with the viewer’s vision of theman, thedesert and the relation ship between both. TheBedouins are seen performing within the frame, either losing themselves into the lands cape or returning the gaze to the viewer. This dance within the landscape, hopes to emphasize the performative role that plays into
most aspects of the tourism industry. 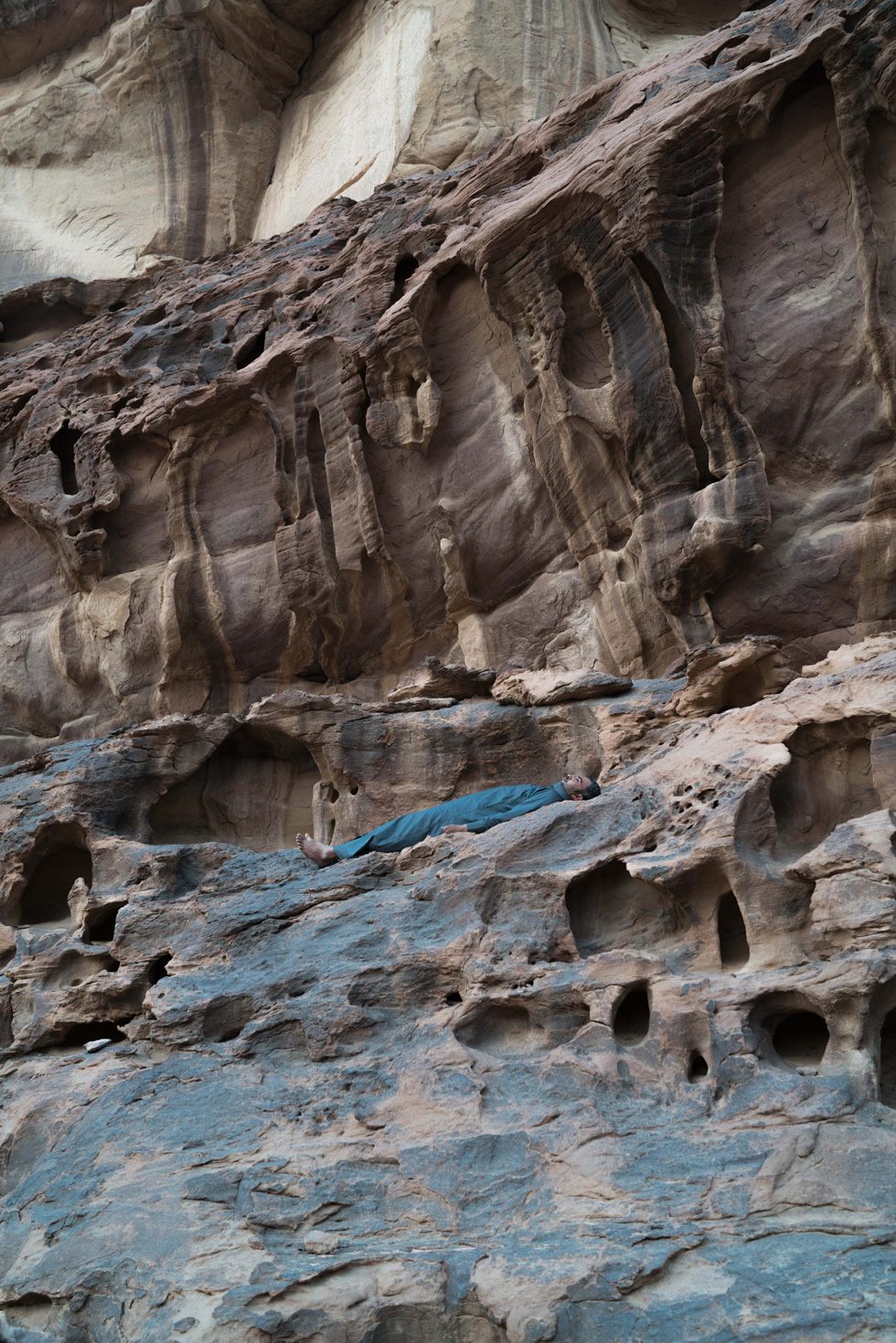 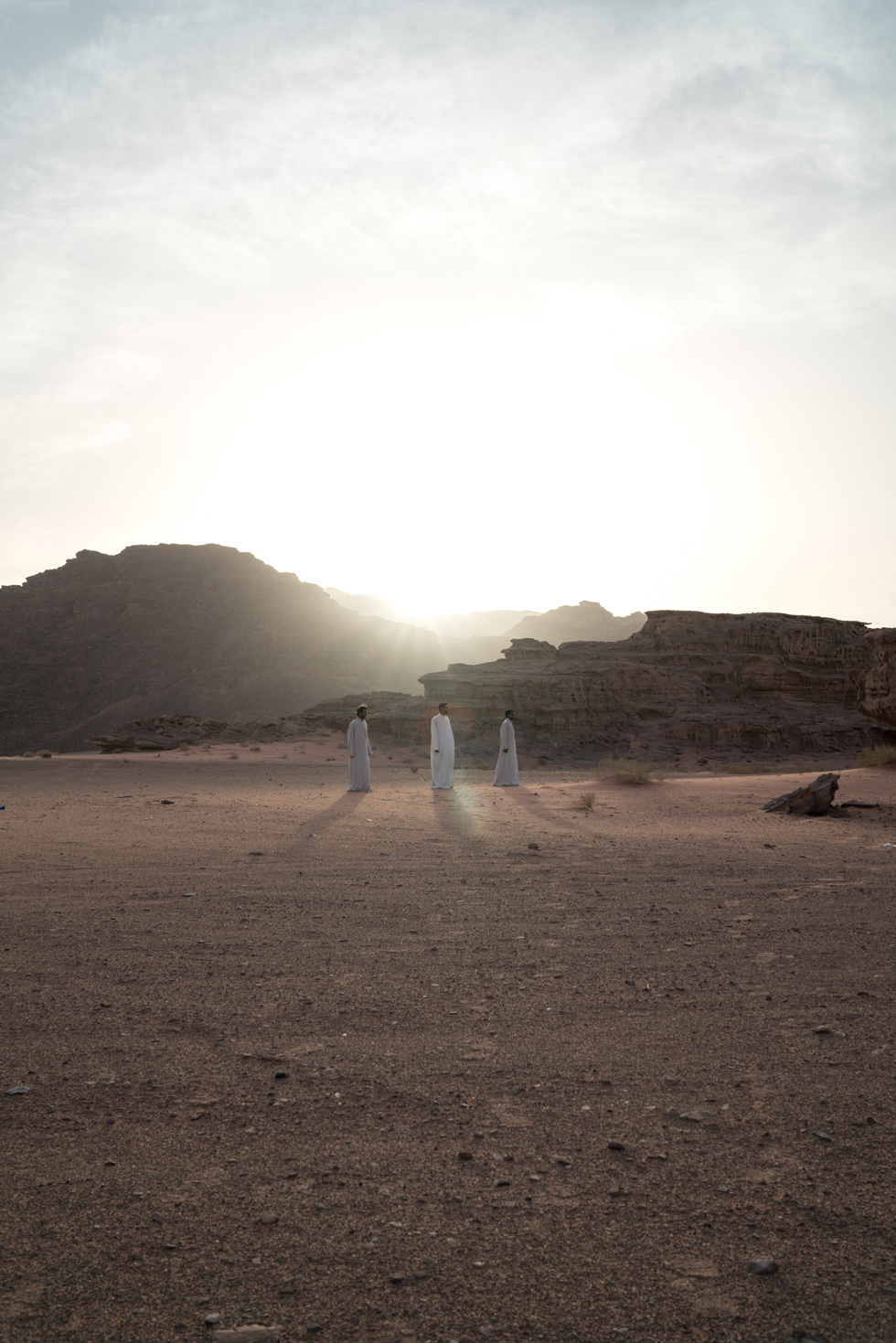 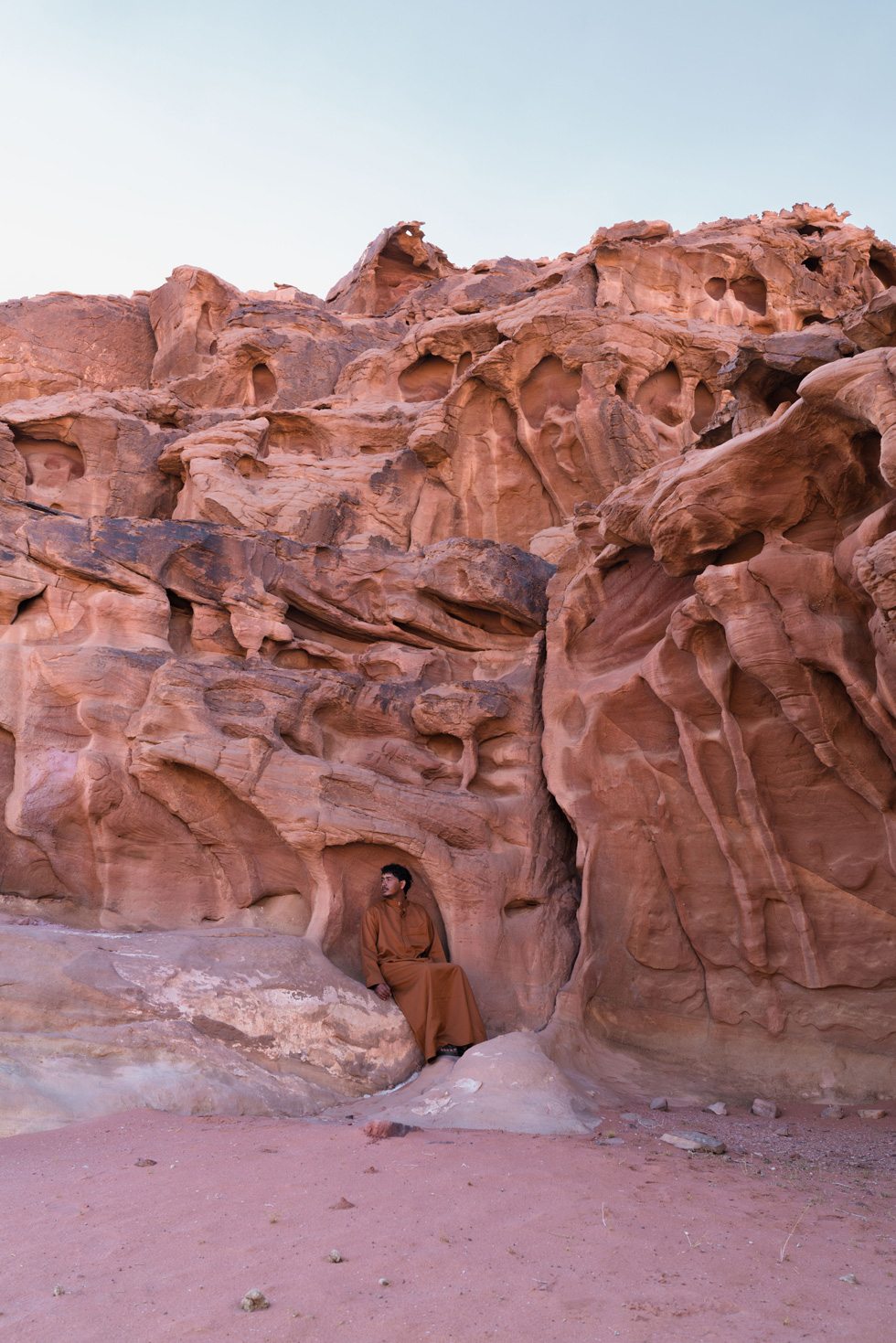 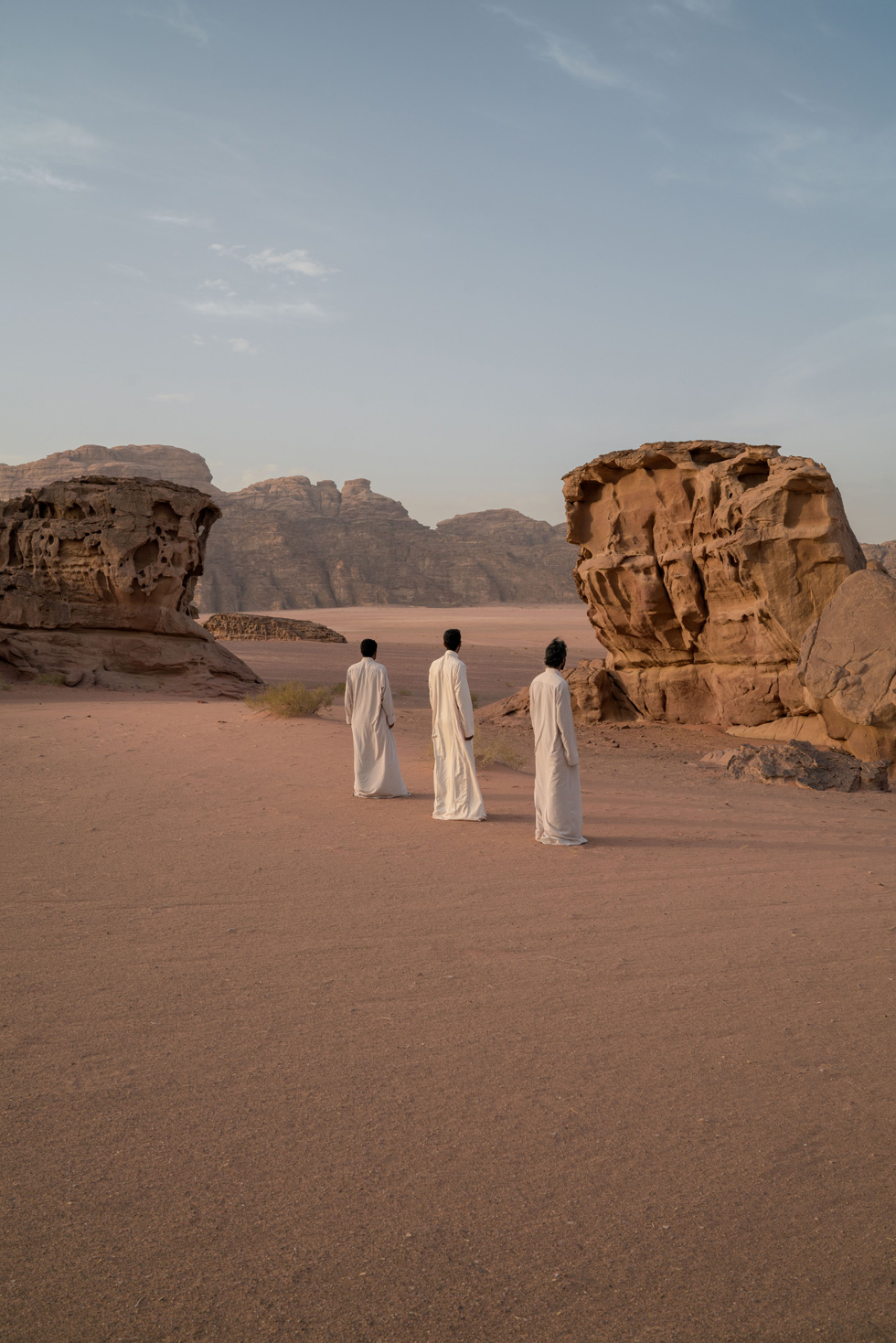