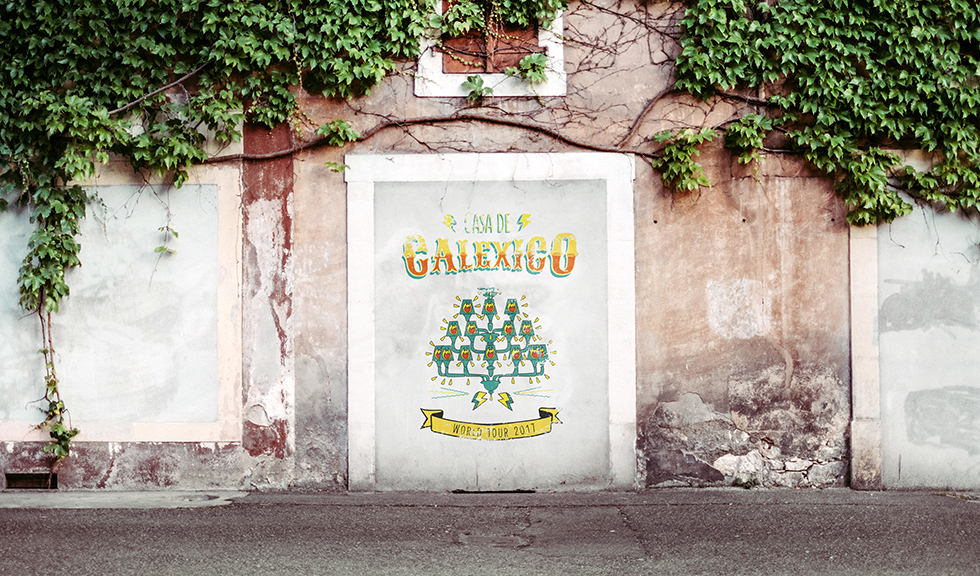 We were asked to renew the communication strategy of the Calexico band, developing the new conceptual proposal for their new world tour. Calexico is an indie-rock band with over 20 years’ experience that is characterised by fusing US west coast folk with rhythms with Latin American roots. The aim is to construct a new imaginary that will increase the number of Calexico’s fans and reposition them worldwide.

Analysing the career and musical wealth of Calexico gave rise to the concept of “Imaginary Borders”, which will be reflected in the design of the concert, creating an immersive experience, a sophisticated, warm and tranquil show with no borders. The graphics for the tour are based on typographical references of Latin American businesses and illustrations saturated with pictorial elements that perfectly illustrate the graphic melting pot found on the American continent, i.e. the Casa de Calexico. 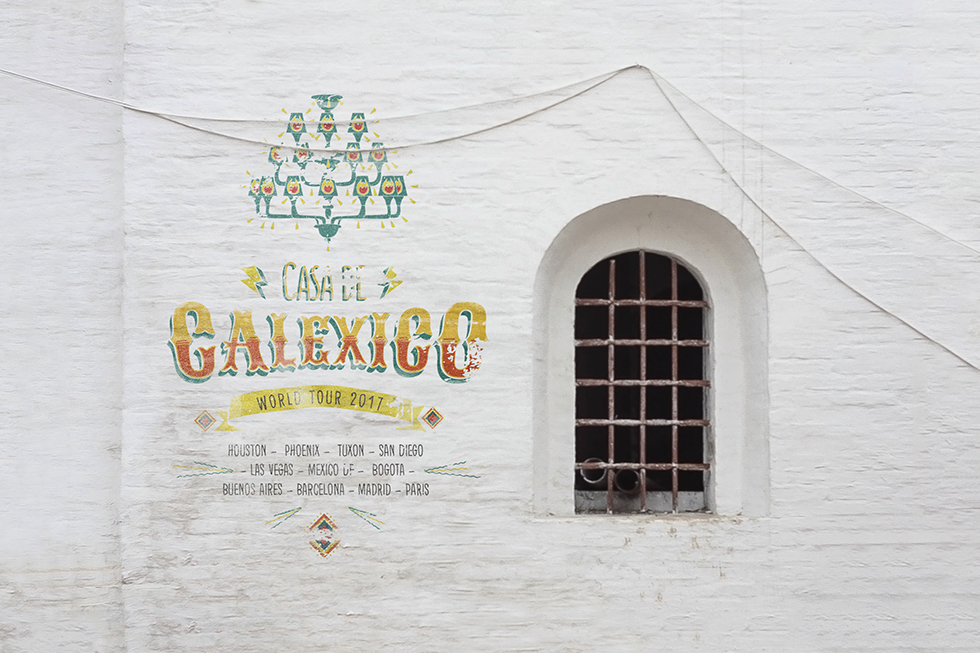